An evening webinar with Paul O’Connell and Bob Skinstad 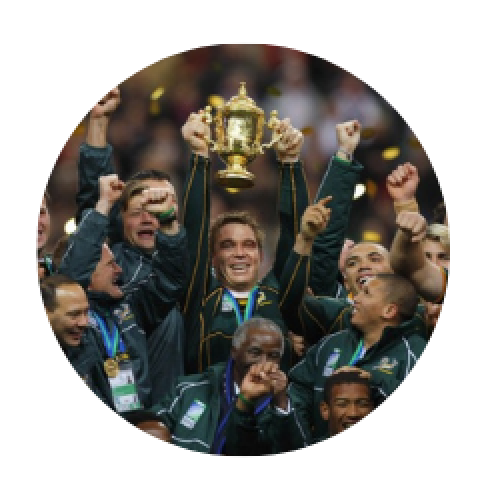 They never shirked a challenge on the rugby field.

So former British and Irish Lions skipper Paul O’Connell and Springboks World Cup winner Bob Skinstad were sure to tackle a range of topics head-on when they teamed-up for the latest Carbon sporting webinar.

Tucked between the first and second Tests on the Lions’ tour of South Africa, the former international forwards dissected the tourists’ 22-17 “war of attrition” win and previewed the next clash in Cape Town. The Boks, of course, set-up the third and deciding Test on August 7 with a bruising 27-9 comeback win.

The event was hosted by Carbon managing director and keen rugby fan Gordon Wilson, with the guests reflecting on a lifelong passion for the sport, recalling colourful characters, anecdotes and off-field capers from Tours past, weighing-up two well-matched “heavyweights” contesting the 2021 series and much more besides.

One of the more intriguing topics to emerge from head coach Warren Gatland’s Lions line-up was the selection of Duhan van der Merwe for the first two Tests in a back three alongside Stuart Hogg and Anthony Watson. The adopted Scot blotted his copybook in a tempestuous second Test when he was yellow carded for a first-half trip. The powerful Edinburgh Rugby and Scotland wing was born in South Africa and played for the Boks at U20 level. But international rules paved the way for him to don a Scotland shirt last year – and an impressive Six Nations campaign, including tries in landmark away wins over England and France, led to a Lions call to face the reigning world champions. Skinstad and O’Connell were happy to share their views on the webinar in advance of the second Test.

“He’s got a fantastic Scottish surname, van de Merwe, and I’m sure I saw him humming the South African anthem. He certainly knows the words after playing for South Africa at U20 level!” joked Skinstad, who noted he himself was Zimbabwean-born with a Norwegian father and an Irish mother.

“I’m delighted for him. I am quite open about it. There is a set of rules and if you qualify you should be able to play. It adds to the entire spectacle. Duhan is a seriously good rugby player, big, fast and strong. He had a very good first Test, doing very well in the air and making some big hits. Defensively no one smashed or drifted past him.”

O’Connell recalled that no one had been a prouder Munster player than one-time South African U20 flanker CJ Stander, who went on to amass more than 50 Irish caps and also represent the Lions in 2017.

“CJ came to Munster at 22, fresh off the farm and stayed for 10 years,” recalled Irish legend O’Connell. He was more committed to playing for Munster and loved the place more than any other guy who grew up here. Some might say it is wrong but you should have seen how proud CJ Stander was to play for Ireland and the journey he had gone on. I think that complicates the black and white nature of the discussion. That is the complication of this rule. But I think it is good it has been pushed out to five years. I was surprised to see van de Merwe picked for the first Test. I thought Josh Adams had done enough. But Gatland has always favoured big, powerful wingers. I would say he was a Gregor Townsend and a Steve Tandy pick for sure but there weren’t many arguments from Warren Gatland either.”

O’Connell has been impressed with the overall track record of Lions head coach Gatland, who followed up a Test series win in Australia in 2013 with a drawn series in New Zealand four years ago.

“As a Kiwi coaching the Lions he is always very conscious to respect the Lions’ tradition - and he gets the modern rugby player,” said O’Connell, who recalled that his own bond with the famous red shirt stretched back to the nineties. It’s the tradition which makes it so special. My love of the Lions came from watching the 1997 ‘Living with Lions’ documentary, which was probably the first of its kind. I had it on VCR and I must have watched it 100 times. We had some brilliant Irish players involved, Paul Wallace at tight head, Jeremy Davidson was player of the tour, Keith Wood was excellent and Eric Miller played as well. That video is incredible and that’s what created the Lions for me. Maybe for some guys it is a goal but it never was for me. It is something you dare not think might happen because so much has to go right for you as a player. You have to do well for your club side so you get picked by your national side. Then that has to go well so you can get picked for the Lions. Before the New Zealand tour four years ago Scotland took that heavy beating from England and it probably did for a lot of their players’ selection chances. You also have to be injury-free when it comes around.”

The Carbon webinar can be watched at https://youtu.be/VSl3yd2MBKY

The next webinar in the series will be in September, when Carbon’s special guest will be former Open champion and Ryder Cup player Paul Lawrie, who will preview the 2021 clash with the USA being teed-up at Whistling Straits in Wisconsin.