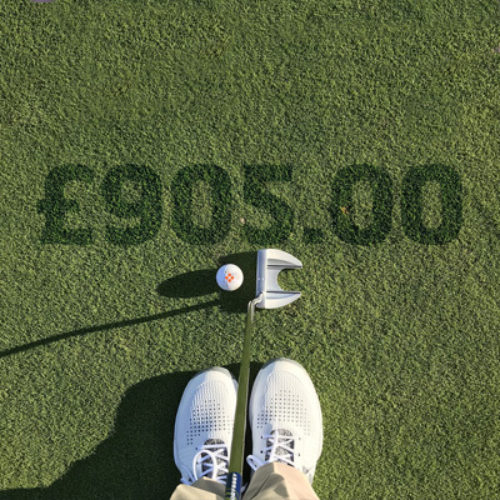 The Carbon team joined forces with Perthshire Chamber of Commerce to support the Barrie Douglas Foundation.

The charity was chosen to benefit from the 2019 Chamber Golf Day held at Pitlochry Golf Club over the summer.

Carbon has supported the sell-out event for the last eight years.

Perthshire Chamber chief executive Vicki Unite said: “Along with Carbon, we were delighted to support the Barrie Douglas Foundation, which is doing so much good work nurturing young sporting talent.”

The Foundation was set-up in memory of the 69-year-old Perth businessman who died two years ago after taking ill while captaining Scottish Golf’s European Boys at the Team Championship in La Manga.

The aim was to ensure he was remembered fondly through support for youth sport.

Vicki said: “Barrie was well-known in the business community and a regular at Chamber events down the years.”

“Barrie was a hugely influential figure in Scottish youth golf and we have been proud to support many of the events and fundraisers put together by the trustees in his memory.”

Passionate in promoting junior golf, the one-time Scottish boys international also served with Perth and Kinross County and as a GB&I selector for the R&A.

“The business community in Perth and Kinross and beyond has been incredibly supportive and we are thrilled to have been singled out for backing from Perthshire Chamber and Carbon,” said trustee Jennifer Davidson.