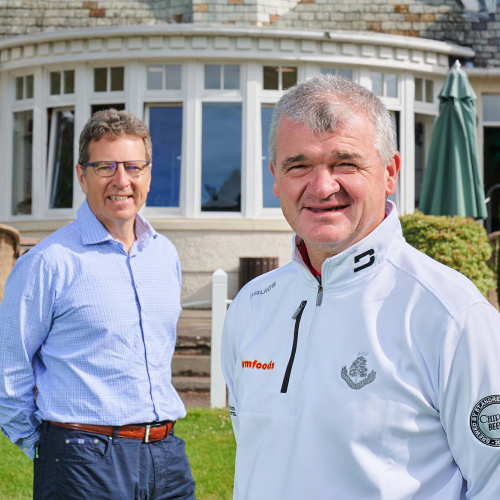 Carbon Financial are proud sponsors of the opening event on the 2022 Tartan Pro Tour.

We are delighted to be supporting 1999 Open champion Paul Lawrie’s initiative aimed at giving Scots professionals a competitive domestic environment to fine-hone their skills and provide a potential stepping stone to the European Tour.

Blairgowrie Golf Club, where we are long-time corporate partners, will host the first tournament of the year on April 11 and 12 over the Lansdowne Championship Course.

Carbon Financial managing director Gordon Wilson said: “We were delighted to join businesses supporting Paul’s Tartan Pro Tour last year and we are looking forward to the Blairgowrie Perthshire Masters getting the 2022 schedule under way.”

Blairgowrie managing secretary and GB&I captain Stuart Wilson, who was assisting captain Lawrie as a selector for last year’s Junior Ryder Cup team before it fell victim to the pandemic, said club greenkeeping staff had been hard at work preparing the Lansdowne course.

“Obviously it is very early in the season –- our opening day was at the weekend - but Craig Stewart and his team have got the course in excellent condition.

“The feedback from the pros last year was hugely positive and we are looking forward to welcoming another strong field competing for the Blairgowrie Perthshire Masters title.”

Other venues include Panmure, St Andrews, Ladybank, Leven, Renaissance and the October finale at Carnoustie.