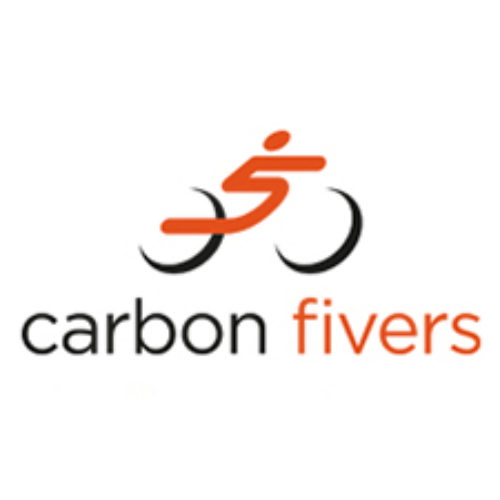 Perth businessman Mark Christie will toast his 44th birthday by tackling the toughest sporting challenge of his life.

The father-of-three is part of the Carbon team preparing to cycle the gruelling North Coast 500 and targeting a £50,000 windfall for the Winning Scotland Foundation to celebrate the Fair City company’s fifth anniversary.

But despite an intensive training regime, nothing will have prepared them for what awaits when they pedal out of Inverness on August 29th for Scotland’s toughest road test.

Mark, a corporate director with the Atholl Place financial firm, got a flavour of what lies in store when the group sampled the notorious Bealach na Ba – or Pass of the Cattle – hill climb near Applecross during a training run in May.

He said: “I have done a few sportifs, including Kinross and Inverness, and we had an 87-mile training run around Aviemore. We have been increasing the intensity over the past month.

“There are a few challenging hill climbs around Perth, especially in the Sidlaws, and we tackled the Bealach na Ba on a 90-off mile loop. It was absolutely brutal. It is six miles of climbing at the end of 82 miles on day one.

“There’s a mile and a half of pure torture. It was the most excruciating pain I have ever experienced on a bike.

“When you reach the switchbacks it’s almost as if you are going downhill because the gradient eases.

“I suppose you could get off and push but it’s not really an option when egos and bragging rights come into play!”

But round-the-world cyclist Mark Beaumont had some bad news for the Carbon Fivers team.

He cautioned: “The Beallach Na Ba isn’t too bad. It’s a gradual climb where you can choose a gear and spin it out.

“The road up past Lochinver is much, much tougher – constantly up and down and seriously steep in sections. But that whole west coast is undulating – and if you get 14 hours of rain like I did, it can be gritty stuff!”

A keen mountain biker, Carbon’s Mark signed up for the challenge when the gauntlet was thrown down by managing director Gordon Wilson late last year.

“Gordon sent an email round our offices in Scotland at the tail end talking up the North Coast 500 and suggesting a few of us might take it on. He was inspired by coverage of Mark Beaumont officially opening the route with a non-stop endurance test, but Gordon has had surgery on his back and won’t make it. So he’s left us to get on with it!

“Mark somehow managed it in under 38 hours, fuelled by seven peanut and jam sandwiches! We’re setting a more leisurely pace but it will still be the toughest challenge I have ever undertaken and we have set an ambitious £50,000 fundraising target.

“But it’s a great cause. The Winning Scotland Foundation works tirelessly to encourage young people to make the most of their lives.

“It is a team effort and we will be supporting each other through the darker moments in the saddle. Who knows, we might even have some time to take in the spectacular Highland scenery!”

Perth-based client services manager Alison Whyte has volunteered as support driver, with the nine-strong team requiring regular roadside stops to refuel and pile in the calories.

Mark said: “We have been taking advice from our champions on everything from ice baths and protein shakes. Katrina is joining us this weekend for a training run in Aberdeen and Fiona is hoping to join us for the final two days of the challenge.

“We are just hoping the weather – and the midgies – are kind to us!”

The Carbon Fivers challenge has certainly captured the imagination of clients and the wider business community, with the latest generous corporate sponsorship pledges coming from Johnston Smillie, SARN Technologies and Craneware.

A huge thank you to our new sponsors SARN, Johnston Smillie and Craneware for their generous support.

We are grateful to everyone who is backing the venture and donations can be made at mydonate.bt.com/fundraisers/carbonhighland500