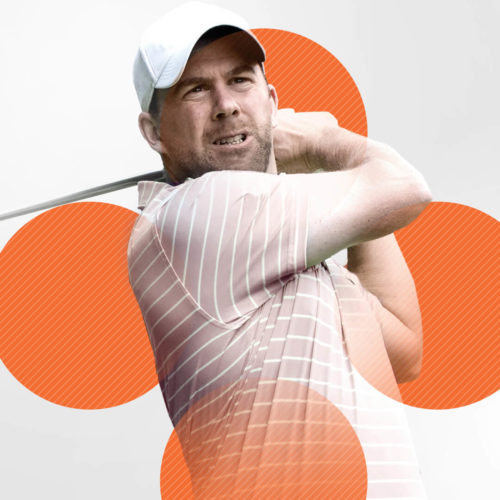 Our European Tour ambassador, Richie Ramsay, teed-up the first in a series of webinars organised by the Carbon team, featuring personalities from the world of sport. You can catch up with a recording of this event here.

Following on from Richie’s engrossing Q&A with our managing director, Gordon Wilson - which tied-in with The Masters - other planned guests over the next few months include intrepid adventurer Mark Beaumont, sports presenter Eilidh Barbour and tennis star Jamie Murray. To receive details of upcoming webinars please complete your details here.

While Richie took us on a trip down Magnolia Lane, the Aberdonian pro was happy to answer questions on a wide range of topics, including memories of being immersed in the “Tiger circus;” his ambition to win another tournament for daughter Olivia; a three-hour prep routine; the pros and cons of ever-evolving technology and what Scotland is lacking when it comes to turning out more successful young professionals in the mould of Oban’s Robert MacIntyre.

The evening began with Richie reflecting on his historic US Amateur title win at Hazeltine – where he first met his wife, Angela - and the passport that victory provided to join the greats of the game testing themselves against one of the most devilishly difficult tracks in world golf.

Casting an eye down the names engraved on his identical copy of the vast Amateur trophy which enjoys pride of place in the Ramsay living room, he namechecked the likes of Woods (a three times champion), Nicklaus, Mickelson and DeChambeau, who all used the tournament as a springboard for stellar careers in professional golf.

Richie found himself savouring the full-on Woods show at the US Open at Oakmont, recalling: “Tiger always arrives last on the tee. There’s a surge of people coming forward and it turns into mayhem.

“Tiger looks through you when you shake hands. The blinkers are on. He has one thing to do and that is to win. When you see the circus surrounding him it must be incredibly draining to deal with that on a day-to-day basis.”

Richie was delighted to provide us with the inside track on Augusta’s notorious greens, sharing his yardage book to explain why Amen Corner always provides drama by the bucketload for patrons and viewers.

Fascinating tales from Augusta included generous mentoring from Phil Mickelson. An invitation to join him in the Champions’ locker room didn’t prevent Richie relieving the American star of a 10-dollar bill after edging a nine-hole challenge!

“I was like a kid in the candy store. As a player you get the run of the place,” he laughed. “It was like being in a dreamland and Augusta surpassed all my expectations.”

Inevitably, the extraordinary 335-yard carry stats being clocked-up from the tee by man mountain Bryson DeChambeau - and the impact of technology, which has been transforming classic golf courses – came under scrutiny.

While Ramsay doffed his cap to the commitment required by DeChambeau to bulk-up, he believes the enduring appeal of Augusta lies in the strategic challenges it presents. With the greens and Georgia pines providing a stout defence, it’s a course which can’t be beaten into submission.

“The way to challenge professional golfers is to make them think,” he said. “And in my view, the equipment has to be reined-in.”

Golfers will be familiar with the old adage, “drive for show, putt for dough.”

Richie observed that while there’s no shortage of driving ranges, Scotland still lacks an indoor putting centre where the top amateurs can enjoy a year-round opportunity to fine-hone their skills with the putter on Tour speed greens.

The three-times Tour winner harbours one burning ambition, noting: “I have promised my daughter Olivia a win and she keeps asking if I have won a trophy! It would be really cool to celebrate with her.”

To receive details of our upcoming Carbon webinars, please sign up to our newsletter using the link below.