Carbon's European Tour ambassador Richie Ramsay reflects on the highs, and lows, of a third-place finish at the Betfred British Masters 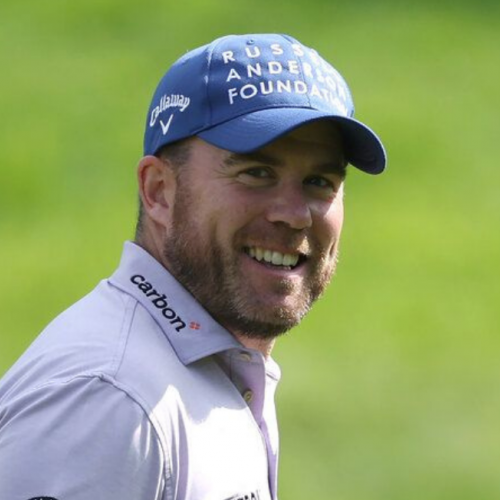 The Scot’s hopes of claiming his fourth Tour title sunk along with his ball in the greenside water hazard at the 18th.

Given the small margins which count for so much in professional sport, it was a devastating blow. A double bogey finish proved costly, with Danish rival Thorbjorn Olesen claiming the title with an extraordinary eagle, birdie finale.

But Richie has had time to reflect on his experience at The Belfry and being back in contention for entering the winner’s circle.

“I have had some really nice messages and words from fellow pros.

“Ryder Cup captain Thomas Bjorn came up to me in Belgium and said I’d played great, don’t worry about it, we’ve all been there. That was a nice touch from a player of his pedigree.

“Reflecting on it now, I played really well under the gun at The Belfry. Anybody who plays professional sport knows that's when it really tests you.

“I’m pleased to have put myself in the position to contend for a prestigious championship.

“In golf we refer to a back-door top 10, where you have a good finish but have never really been in contention. You are on the outside looking in. That wasn’t the case with me at the British Masters.

“Ultimately it came down to one shot. It was a bad number for the rescue club into the 18th green after hitting a great tee shot. When it found the water, it was a sickening feeling.

“In golf you can’t win very often. Since I started out back in 2007 it has always been about the work you put in day after day knowing there will be an opportunity that will come around.

“Thorbjorn deserves a lot of credit for the way he finished to win but, on that 18th tee I was looking to post a number and lay down the challenge for the rest.

“If the distance for the approach had been three or four yards either way I would have known straight away. But it was in-between clubs for me and I was pumped. Indecisiveness cost me.

“But strip that out and arguably I played some of the best golf of the guys who were in contention on the last day. I don’t think I missed a fairway and missed only two or three greens at most.

“But missing out really upset me. I was on the phone to my wife, Angela, on Sunday night in tears as it really hit home. It was hurting.

“But having thought it over I take that as a good sign. I’d have been more worried if it hadn't affected me. That would have meant I wasn’t all-in. The fire has been re-ignited and I will be able to call on the experience in future.

“We talk about the balance between work, travel and family. In golf, you get a text telling you where you finished and how much the cheque will be.

“Obviously I want to look after the future and make sure we are comfortable as a family and have choices later in life. That is where I rely on the team at Carbon.

“Maybe I shouldn’t be saying this but the six-figure sum didn’t register at all! I had so wanted to win the tournament.

“I feel my game is in a good place going forward. I had six weeks off resting-up a shoulder injury and the physio is continuing with the great team out on Tour.

“The positives from The Belfry definitely outweigh the negatives. It has changed the script for the season. It’s nice to move up the Race to Dubai rankings.

“We also have a mini Order of Merit coming up over the next few weeks for spots at the US Open. Qualifying for that would be cool.

“I’ve never played Brookline in Massachusetts but I think it would suit me. Making that field would be a real bonus.”