Do you know your Pension Lifetime Allowance? - Part 2 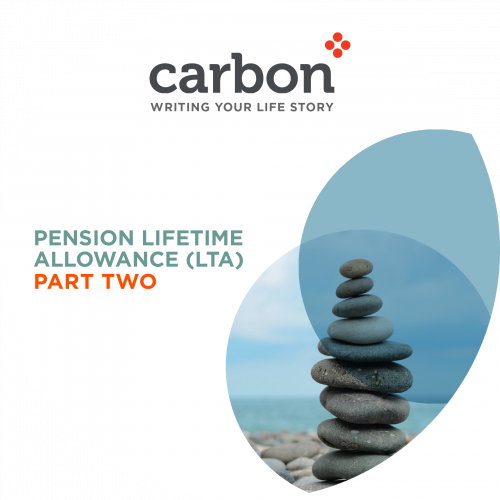 PART 2 -WHAT HAPPENS TO PENSION FUNDS IN EXCESS OF THE LIFETIME ALLOWANCE? AND WHAT HAPPENS ON YOUR DEATH?

In the last edition of this four-part series on the pension Lifetime Allowance, Richard Wadsworth, Director, Glasgow, reviewed the basics of the LTA: What it is?

How do you measure your funds against it? And when is the best time to do so?

In Part Two, we now consider the excess funds remaining beyond the LTA. How are these taxed? And also, what happens upon your death?

What is the rate of tax I would pay on the excess?

Broadly speaking, 25% is the additional tax you pay on that amount which exceeds the LTA.

Of the remaining £150,000 net of the LTA tax charge, no tax-free cash can be taken, and the full £150,000 would be liable to income tax as and when it is paid out – so the effective LTA excess tax rate is arguably a little more than 25% because you will pay income tax on the full amount with no tax-free element.

Is there any alternative to paying the 25% tax rate?

Yes. As an alternative to paying 25% of the excess and then income tax, you can opt for a combined tax rate of 55%. The rate that works out best for you will depend on your prospective income tax position.

If you are expected to pay less than 40%, you would be better paying the 25% tax rate, then the income tax.

The rate is 25% at age 75 on any funds not already taken, or any growth on funds since they were moved into drawdown and then income tax would be liable on funds drawn in the same way as noted above.

In all cases the tax charge would be paid from pension funds so its effective cost is arguably reduced, as it is paid from funds which have received tax relief.

What rate of tax would be paid on my death?

If, instead of the funds being passed to a beneficiary’s pension, the pension fund is paid out on death, 55% is applied to any excess over the LTA.

Again, the tax charge would be paid from pension funds, so its effective cost is arguably reduced as it is paid from funds which have received tax relief. 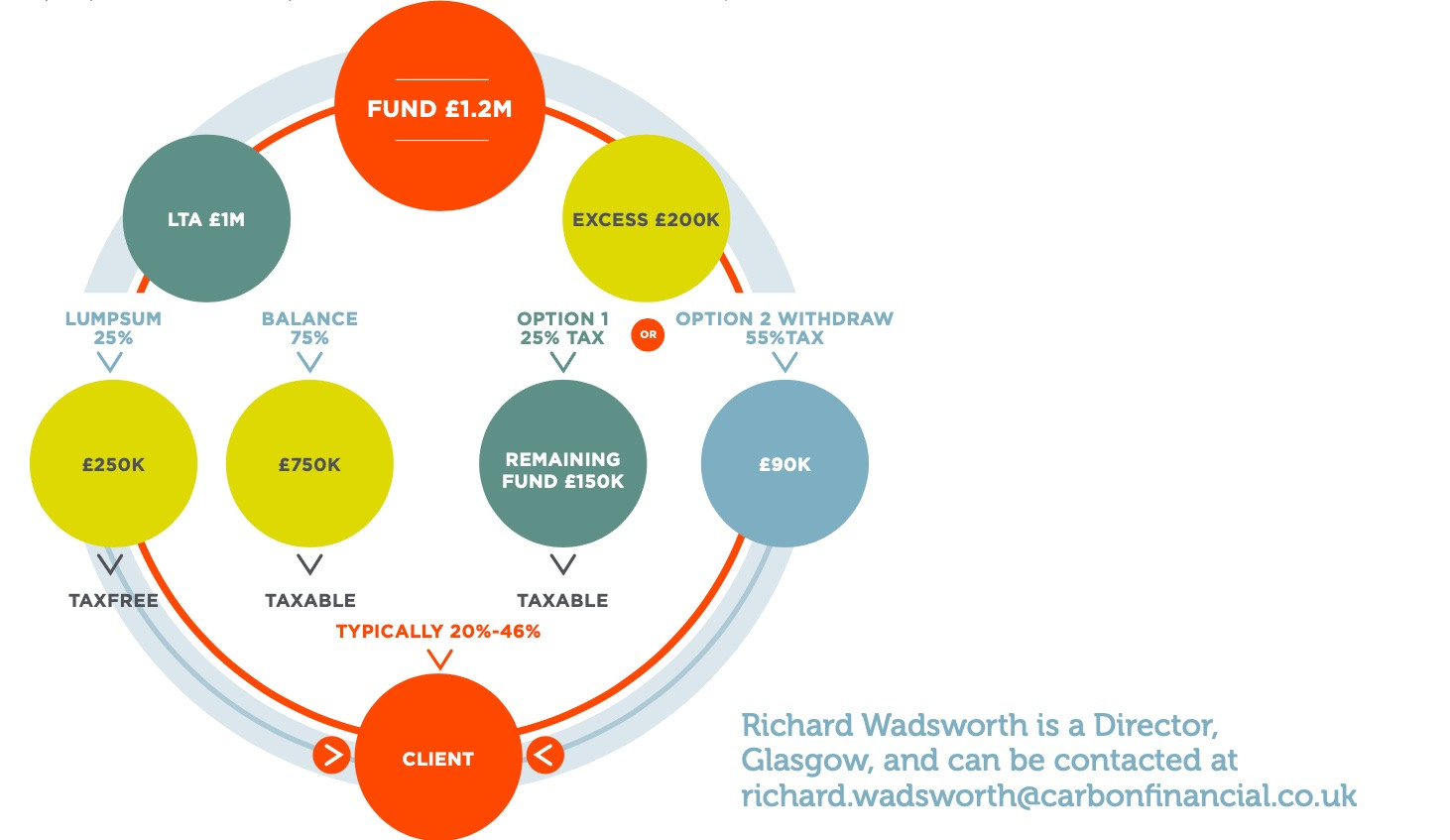 A downloadable PDF of this article is available, here

We hope you’re still with us – there’s a lot to think about! But the more you know, the more likely you are to ask the right questions and make good decisions. In our next piece, Part Three of this series ,we take a look at two more questions which are often asked: what happens if you don’t expect to take your pension benefits all at the same time? And what are the implications of moving funds into drawdown?

The value of investments and the income derived from them can fall as well as rise. You may not get back what you invest. This communication is for general information only and is not intended to be individual advice. It represents our understanding of law and HM Revenue & Customs practice. You are recommended to seek competent professional advice before taking any action. Tax and Estate Planning Services are not regulated by the Financial Conduct Authority.