Do you know your Pension Lifetime Allowance? - Part 3 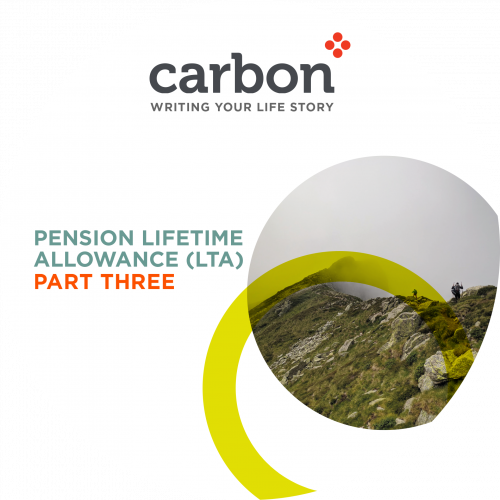 PART 3 - WHAT HAPPENS IF YOU DON’T EXPECT TO TAKE YOUR PENSION BENEFITS ALL AT THE SAME TIME? AND WHAT ARE THE IMPLICATIONS OF MOVING FUNDS INTO DRAWDOWN?

So far in this four-part series about the pension Lifetime Allowance, Richard Wadsworth, Director, Glasgow, has reviewed the basics of the LTA – what it is, how you measure your funds against it, and when might be a good time to do so.

We’ve also looked at the different rates of tax applicable to funds falling within the LTA and outwith it.

What if I don’t expect to take my pension benefits all at the same time? How does the LTA work in that case?

Every time funds are tested against the LTA (known as a ‘crystallisation’), a percentage of the LTA is used, leaving any remaining balance available for further crystallisations. It is important that good records are kept to be able to keep on top of this.

What if I move funds into drawdown? What are the LTA implications of that?

Let’s say you are 60 and want a lump sum of £250,000 to buy a Lamborghini (that was the example mentioned at the time the pension rules last changed in 2015) and help your children move home.

A downloadable PDF of this article is available, here.

It can be a challenging subject at first glance, but hopefully, if you’ve been following this four-part series you will be starting to notice that a few simple questions can help steer you in the right direction with regards to assessing your own particular circumstances. In our fourth concluding part, we recap some of the main points and answer a final important question: what can you do now?

The value of investments and the income derived from them can fall as well as rise. You may not get back what you invest. This communication is for general information only and is not intended to be individual advice. It represents our understanding of law and HM Revenue & Customs practice. You are recommended to seek competent professional advice before taking any action. Tax and Estate Planning Services are not regulated by the Financial Conduct Authority.