How good is Hargreaves Lansdown? 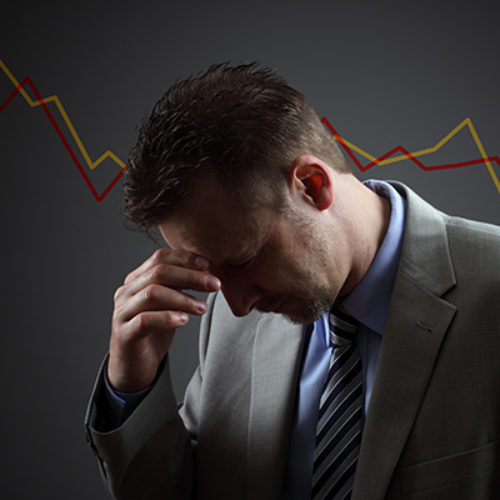 Hargreaves Lansdown is one of Britain’s most successful companies. A so-called ‘fund supermarket’, the company netted its founders a fortune when it floated on the London Stock Exchange in 2007. Peter Hargreaves is reported to be worth around £2.6 billion, Stephen Lansdown about £1.6 billion.

Hargreaves is still hugely profitable today, with a profit margin of more than 70%. But although it’s clearly lucrative, how much value does it actually add for its clients?

Since it was founded in 1981, Hargreaves Lansdown has been a strong advocate of actively-managed funds. Yes, it does offer passive funds on its platform, but it doesn’t go out of its way to promote them. Particularly well-known is its ‘best-buy’ fund list, the Wealth 150, which, the company claims, steers investors towards the funds most likely to outperform the market.

But research into recommended fund lists by the Financial Conduct Authority and other organisations has consistently shown that they are not as helpful for investors as the likes of Hargreaves Lansdown imply. In short, most ‘best-buy’ or ‘star-rated’ funds fail to beat the market, and the platforms that publish them are often biased towards their ‘own brand’ funds.

Research published in February 2016 by wealth management firm SCM Direct specifically called into question the claims that Hargreaves Lansdown makes regarding the Wealth 150. As well as Hargreaves Lansdown, SCM analysed best-buy fund lists offered by Bestinvest, Charles Stanley Direct and Chelsea Financial Services, and how well the funds on those lists had performed over a three-year period. It found that “on average, funds picked by Hargreaves Lansdown would have come 49th out of a field of 100. Those picked by Bestinvest would have finished 52nd, Charles Stanley 55th and Chelsea 56th”.

To quote SCM’s Alan Miller: “As with so many investment platform ‘best buy’ lists, our view, based on our analysis, is that the Hargreaves Lansdown Wealth 150 List appears to be offering clients the same chance of investing in a fund that beats its competitors, as tossing a coin — 50/50.”

To be fair to Hargreaves Lansdown, it has at least encouraged a large number of people to invest when perhaps they otherwise wouldn’t. It’s also true that several managers on the list have managed to outperform for short periods.

But while it’s only too happy to publicise its success stories, we’re very unlikely to hear Hargreaves Lansdown mention all those funds (more than 50 in number) that have quietly been removed from the Wealth 150 over the years. One example would be Anthony Bolton’s expensively-priced Fidelity China Special Situations Fund, which lost more than a third of its value in 2011. Another fund which dropped out of the list after plummeting in value was Mark Lyttleton’s BlackRock UK Absolute Alpha Fund; Lyttleton was jailed in December 2016 after admitting two counts of insider trading.

Who knows? There may even be difficulties ahead for Neil Woodford, the most famous Hargreaves poster boy of all. As with the funds promoted by Bolton and Lyttleton, Hargreaves Lansdown clients were bombarded with marketing about Woodford’s track record before the launch of his latest two funds. After his dismal performance in recent months, even some of Woodford’s most loyal followers might well regret succumbing to the hype.

You might have thought, given its track record on fund selection, and the gradual move away from active, and towards passive investing, that Hargreaves Lansdown would have seen a downturn in its fortunes. But, on the contrary, it goes from strength to strength. It signed up 30,000 new customers in the third quarter of 2017, which means it now has almost a million customers, and total funds of around £82 billion.

The lesson for investors is that just because a financial firm is very profitable it doesn’t necessarily mean that it provides good value for its customers.