Landmark year for Richie on tour! 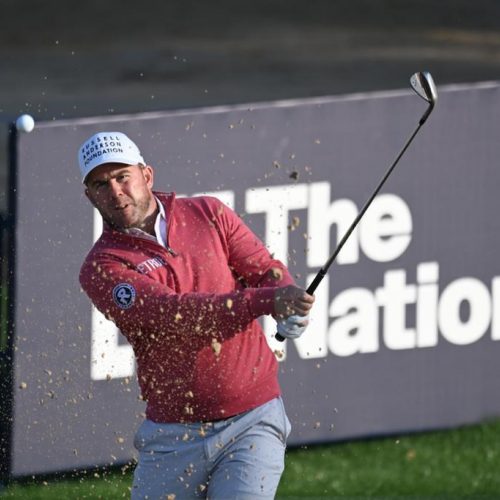 Carbon's European Tour ambassador Richie Ramsay is marking a milestone 15th season at the top level since stepping-up into the professional ranks. The former Walker Cup star and US Amateur champion is still proudly flying the flag for Scotland and we caught up with Richie during down time on the current Middle East Swing, discussing his ambitions for 2022 and reflecting on the challenges faced by international business travellers, golfers included, since the pandemic struck.

“It's hard to believe this is my 15th year on the European Tour. I stepped up to the pro ranks way back in 2007 after a couple of seasons on the Challenge Tour and I’ve been fortunate to have three wins to my name in an extremely competitive environment.

“It’s something I am proud of because it’s not getting any easier on Tour. Every year someone is gunning for your job. That’s just a fact of life.

“I remember players like a young Martin Kaymer breaking through when I started and guys like Paul Lawrie, Darren Clarke and Sergio Garcia were up there regularly on the leaderboards, guys I had seen on television when I was growing up in Aberdeen. I found myself playing with them. That was quite cool.

“Like in any walk of life, there have been ups and downs along the way. Niggling injuries are always a real concern because your Tour card is your job.

“The overall standard is higher nowadays and the average age of the players has been falling. Young golfers tend to turn pro much earlier these days and there seems to be another wave coming in every year.

“There is only a certain number of spots, more countries are producing young golfing talent and you have to raise your game to survive. Many of the kids coming through in recent years were inspired to get involved by Tiger in his pomp.

“The game has got significantly more athletic – that’s why I spend so much time in the gym - and the distance players hit the ball has changed dramatically. The way so many courses are set up, especially in America, yardage off the tee has become key.

“I definitely feel I am a better player than when I started out as a pro. I have a better understanding of what makes me tick and what is good for me.

“Some courses really suit me and I really enjoyed the Middle East Swing opener at Yas Links in Abu Dhabi in the wind. Your golfing brain had to be quite smart. It wasn’t just down to distance. It is a significant disadvantage on so many courses not hitting the ball as far as the longer hitters.

“On the plus side I tried to find a silver lining where the pandemic was concerned. I decided to take a proper break away from golf for the first time in all these years. I spent a lot of time with my daughter Olivia, enjoying seeing her learn to ride a bike and other things I might have missed out on in more normal times.

“Like everyone else, in any business, I’m hoping we are slowly seeing a return to normality, especially after the trials and tribulations I had getting back from South Africa in November when the Omicron variant first emerged.

“That was chaos. No one knew what was happening. home. I had booked a regular flight back to Scotland under the then regulations but suddenly we heard there was a Saturday 4am deadline to get back, rather than the Monday. That proved impossible. I had to fly Johannesburg to Ethiopia initially. After booking that flight someone mentioned there was a civil war going on. From there, it was a random flight to Sweden, where I was freezing because I didn’t have any warm clothes with me. Then it was on to Manchester where I quarantined before getting home.

“But the circus is up and running again and I have been working with my long-time coach Ian Rae on a big swing change. I’m confident it’s helping my game. The more I can focus on my technique and keeping it simple the better. I want to take advantage of my accuracy off the tee and be more aggressive coming into the greens.

“That competitive light is burning bright as ever with 2022 under way with a series of events in the Middle East. I definitely want to make the 'Race to Dubai' come the end of the season.

“But 'The Win' is still the big thing and I’d love to get my hands on another trophy before I turn 40.”