The media hinders investors far more than it helps them 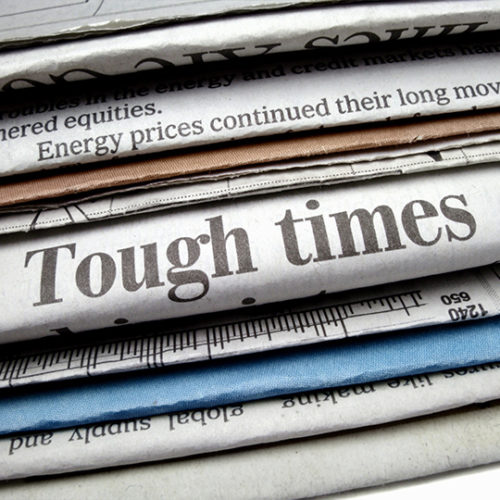 Last week the financial world shook as the markets tumbled in response to the UK’s vote to leave the EU. Many people, fuelled by adrenaline, no doubt reached for their television remotes, eager to see what the ‘experts’ would have to say about investments. But was this a good idea? Regrettably, it seems, not.

In his book, The Four Pillars of Investing, William Bernstein says: “99% of what you read about investing in magazines and newspapers, and 100% of what you hear on television, is worse than useless.” That may seem like a sweeping statement, but it’s far closer to the truth than you might imagine.

By television, Bernstein is referring to financial news channels like CNBC and Bloomberg. These channels generally do not help investors; in fact, they hinder them. They appeal to viewers’ emotions, tempting them to do things that are not necessarily in their long-term interests.

When markets tumble, watching a financial news programme is likely to spark a physiological response inside you. Your brain’s amygdala floods your bloodstream with the stress hormone corticosterone, and fear clutches at your stomach. You instinctively want to sell, to get out of the market before it collapses.

Similarly, when markets soar, watching the likes of CNBC can fire up the reward-seeking reflexive nucleus accumbens (got that?) in your brain. Suddenly, you are excited at the prospect of big gains, and you start to convince yourself that you need to buy, to pile in now before the opportunity passes.

These are natural instincts that serve us well in other areas of our lives. But almost always, for investors who have the right investment strategy in place, the best course of action in such exciting times, is inaction. In that sense, financial television can be very harmful.

Also, television channels love their pundits — people who claim to be able to forecast future price movements, and to know which stocks, sectors and funds are tipped to outperform. Again, the evidence shows that the track record of financial media pundits is dreadful, and that all such tips and forecasts are best ignored.

What about newspapers and magazines? Well, think about how those publications are funded. Without advertising revenue from asset managers and fund retailers, most newspaper money sections and investment magazines wouldn’t even exist. However principled individual journalists may be, however determined they might be to protect editorial independence, it’s very hard for them in the real world to bite the hand that feeds them.

The fund houses, of course, are all too aware of the clout that journalists have, and know only too well the benefit of having reporters write in positive terms about their products. For this reason, they fund glitzy awards nights, where the winners are often journalists and publications who have been the most ‘on-message’; they also offer journalists expensive lunches, tickets to sporting events and even trips overseas. How much impact all this has is very difficult to say, but it raises important questions. In particular, what is the benefit for the end investor? After all, it is the investor who ultimately picks up the bill.

But there’s another, perhaps even bigger, conflict of interest to consider. The financial media relies on the fund industry not just for the revenue it provides but also because, without it, there would be precious little to write about. Let’s face it, recommending every week that readers simply buy and hold a widely diversified portfolio of low-cost index funds is not a great way to boost circulation.

The fund industry knows there is an insatiable demand for news and comment, and with active fund management, there is always something new to write about — new funds, new managers, new trends and so on. Fund houses pay PR agencies to produce a constant stream of ‘stories’, many of which end up in print. Indeed, with editorial budgets increasingly stretched, and ever smaller teams of journalists having to churn out more and more material, it’s noticeable that some stories contain passages that have simply been cut and pasted from a press release.

So, what are the lessons for investors? In short, they need to become much more discerning consumers of financial media. Whenever you read an article that tempts you to act, always ask yourself: Who is the author? Why are they saying this? What is in it for them?

Be especially wary of financial TV. Watch it, by all means, for entertainment value, but don’t act on it. And try to avoid it altogether when markets turn volatile.

To quote William Bernstein again: “The sooner you turn off CNBC, get out into the bright sunshine, and take a walk, the sooner you’ll feel better about your investments.”