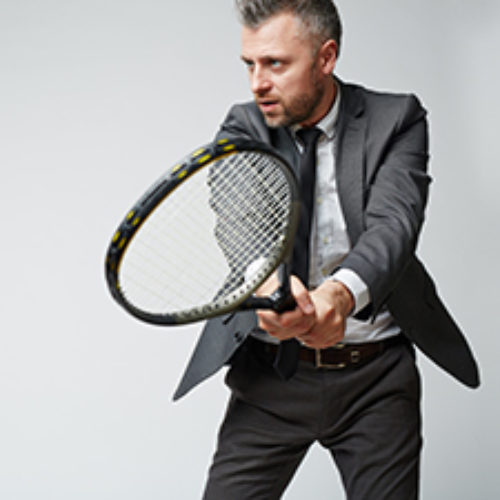 Of all the behavioural biases that hamper our performance as investors, arguably the most pervasive — and the most destructive — is overconfidence. Research has repeatedly shown that most people (and especially men) overestimate their investment skill.

Confidence serves humans well in so many ways. But too much of it can have very adverse effects, and investing is a perfect example. Overconfidence tricks us into losing sight of the fact that we cannot expect to outsmart the collective wisdom of the market consistently, especially after costs.

In a 1998 study called Are Investors Reluctant to Realize Their Losses?, Terrance Odean, Professor of Finance at the University of California, Berkeley, looked at the activity of 10,000 brokerage accounts. His analysis showed that investors habitually overestimated the profit potential of the stock trades they made. In reality, the profits they made typically didn’t even cover their transactions costs and, on average, the stocks investors bought underperformed the stocks they sold.

There is often a link between overconfidence and excessive trading. Two years after his first study, Odean published a follow-up paper, co-authored with Brad Barber, entitled Trading is Hazardous to Your Wealth: The Common Investment Performance of Individual Investors. For that study, they analysed more than 66,000 individual trading accounts. Between 1991 and 1996, they found that investors who traded most earned annualised returns of 11.4%, but over that same period the market earned annualised returns of 17.9%.

Odean’s findings are entirely consistent with those of similar studies. For example, a study called Positive Illusions and Forecasting Errors in Mutual Fund Investment Decisions found that investors tend to inflate both their future and past performance. More than a third who believed that they had beaten the market had actually underperformed by at least 5%. A more recent study by Kent Daniel and David Hirshleifer also identified a very strong link between overconfidence on the one hand and excessive trading and lower returns on the other.

We should not be surprised that most individual investors underperform the market. Think about it. Most of us tend to think we’re better than, say, the average driver. But, by definition, only half of us can be better than average at anything. The logical conclusion, then, is that a high proportion of those who consider themselves ‘above average’ are in fact below it — and blissfully unaware of their lack of competence.

So, for example, investors will read a book, or a few articles in the money pages, and then suddenly think they have an edge over their fellow investors. Yet financial markets reflect the opinions of millions of traders around the world; they incorporate new information into prices within milliseconds. It’s completely unrealistic for an amateur investor to assume they have some vital knowledge or insight that no one else possesses.

In fact, there is another important reason why it’s completely irrational for a typical investor to think that they can outperform the market consistently. Whereas, in the past, there were large numbers of non-professional investors trading stocks, nowadays, around 95% of trading is done by professional investors (or computers with algorithms designed by professional investors). These professionals are generally highly skilled and intelligent and have access to the very latest information and research. It is very unlikely that someone who doesn’t work full-time in investment management and doesn’t have those sorts of resources at their disposal will consistently have an edge over those who do it for a living.

To quote the investment author William Bernstein, “trading stocks is like playing tennis against an invisible opponent; what the investor doesn’t realise is that he’s volleying with the Williams sisters”.

OK, you might say, I personally don’t have the skill to pick stocks, or to choose when to buy and sell, but I think I can find someone who does. Again, let’s look at that rationally.

The asset management industry has ballooned in size over the last 30 years. There are hundreds of thousands of active fund managers today, and they’re all competing against one another for a finite amount of excess returns, known as ‘alpha’. It’s no wonder that only a tiny fraction of them are able to outperform consistently after costs.

The scale of the task that fund managers face is brilliantly explained by Larry Swedroe in his book, The Incredible Shrinking Alpha, in which he uses, appropriately, another tennis analogy.

At the height of his powers, says Swedroe, Roger Federer was the greatest tennis player of his era. That was despite Andy Roddick having a better serve, Andy Murray a better backhand, Rafael Nadal a better baseline game and so on.

Yet while Federer’s opponents were other tennis players, fund managers aren’t just up against the Murrays and Nadals of the stockpicking world; no, they’re attempting to outwit a far more formidable opponent, namely the collective wisdom of the entire market.

It’s as if, Swedroe says, each time Federer stepped on court he faced an opponent with Roddick’s serve, Murray’s backhand and Nadal’s skill at the baseline. If that had been the case he may never have won a single tournament.

The bottom line is that however good we think we are at tennis or anything else, we can’t all be better than average — and there are many whose skill is vastly superior to our own. Investors need to beware of overconfidence, be realistic about their level of competence, and their ability to identify the next Google or the ‘star’ fund managers of the future. After all, Carbon’s second investment principle has always been: “Markets work – don’t try and pick shares or managers, just diversify”.