Recap: an evening with Eilidh Barbour 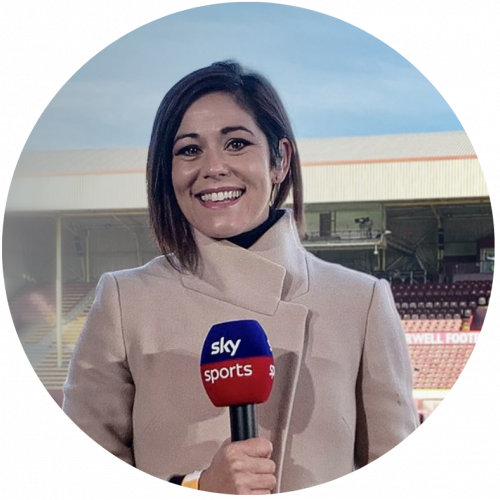 Highly regarded sports presenter Eilidh Barbour was the latest guest in the popular Carbon webinar series, with tennis star Jamie Murray next to serve-up an on-line pre-Wimbledon treat on June 23.

It’s shaping-up as a hectic summer of sport for Perthshire-born Eilidh, although she is hoping to cram in golf at Gleneagles and other Big County courses, along with a string of traditional Scottish links challenges during precious down time.

Eilidh is a regular on our screens, teasing out insights and throwaway lines from football and golf pundits for the BBC, BT Sport and Sky Sports.

An impressive skillset honed covering major tournaments like the Winter Olympics, the Women’s World Cup, The Masters and the Ryder Cup – memorably sporting a moon boot in Paris to protect an ankle dislocated on the football field - ensured she made the Beeb’s four-strong frontline for the European Championships, alongside Gary Lineker, Gabby Logan and Mark Chapman.

In a wide-ranging chat with Carbon investment director Barry O’Neill, Eilidh reflected on a life-long love of sport from her days growing up in Dunkeld and cheering on local team St Johnstone – who have come off a Cup double-winning season - to rubbing shoulders trackside and in television studios with childhood heroes. 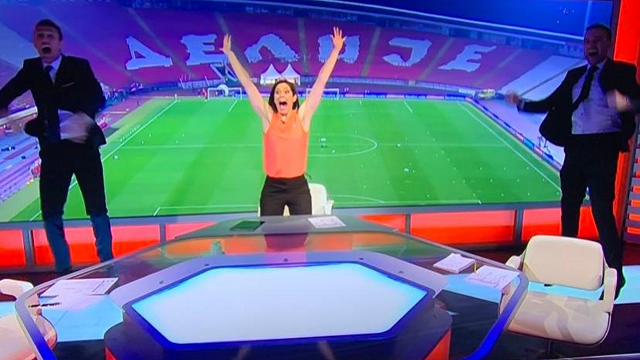 “You always remember where you were when you watch big moments in sporting history.

“James and Darren have been up there among the best players to have worn a Scotland shirt.

“Being beside those two guys watching Scotland qualify for a major championship once again was special in itself.

“I’m not sure there was a better place to be that night than next to those two.”

Covering her beloved St Johnstone, there are times when she manages a discreet first pump when her team scores, but the professional head is back on with the camera lights.

That same professionalism was essential for the Women’s World Cup in France, when Eilidh and long-time international goalkeeper Gemma Fay had to put aside their disappointment to dissect Scotland’s exit at the hands of Argentina.

The 2016 Euros hold fond memories, even in Scotland’s absence.

“I was pitch side for my first major championships and also covered a five-a-side event for a watch company where the team managers were Maradona and Pele! That was incredible!” 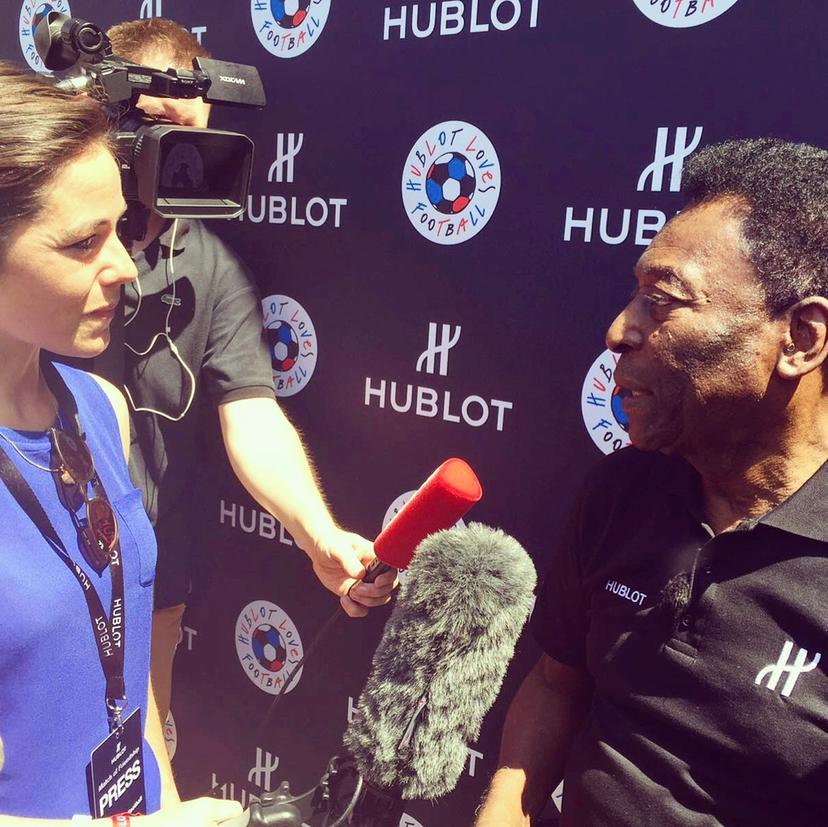 It’s not always sunshine and glamour, though.

Eilidh recalled layering-up with thermals and still shivering through interviews in temperatures of minus 34 at the Winter Olympics in Pyongyang, prompting the interviewer and Montrose FC director Barry to liken it to his own experience taking in an Angus derby at Arbroath's exposed Gayfield ground with an icy gale whipping-in off the North Sea! 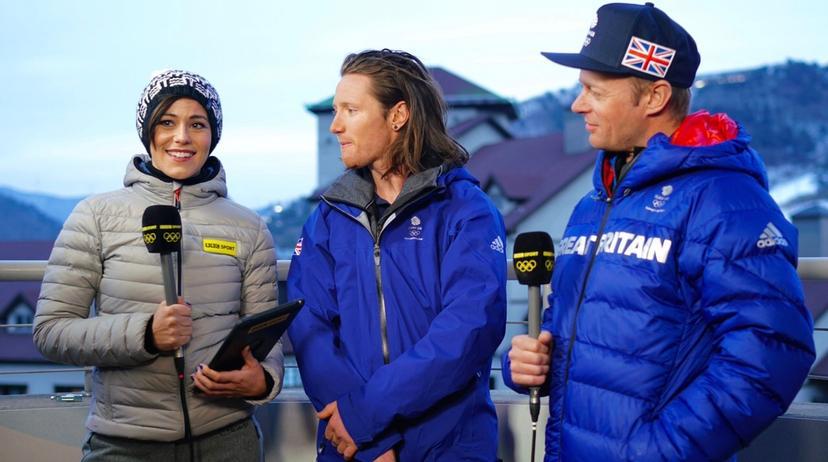 Eilidh’s packed diary includes The Scottish Open at The Renaissance and The Open from Royal St George’s, before the Scottish football season cranks-up again.

Sport, she acknowledged, played a major part in her life growing up in Dunkeld and broadcasting was in her sights in her teens, with a letter dispatched to ground-breaking female broadcaster Hazel Irvine seeking career advice.

Fast forward and Eilidh found herself understudying Hazel at Augusta, ready to take on her role fronting golf at the BBC.

“To work alongside Hazel at her last Masters and have her passing on her knowledge, I couldn’t have imagined any of that happening when I wrote that letter as a teenager.

“She is an absolute master at what she does.” 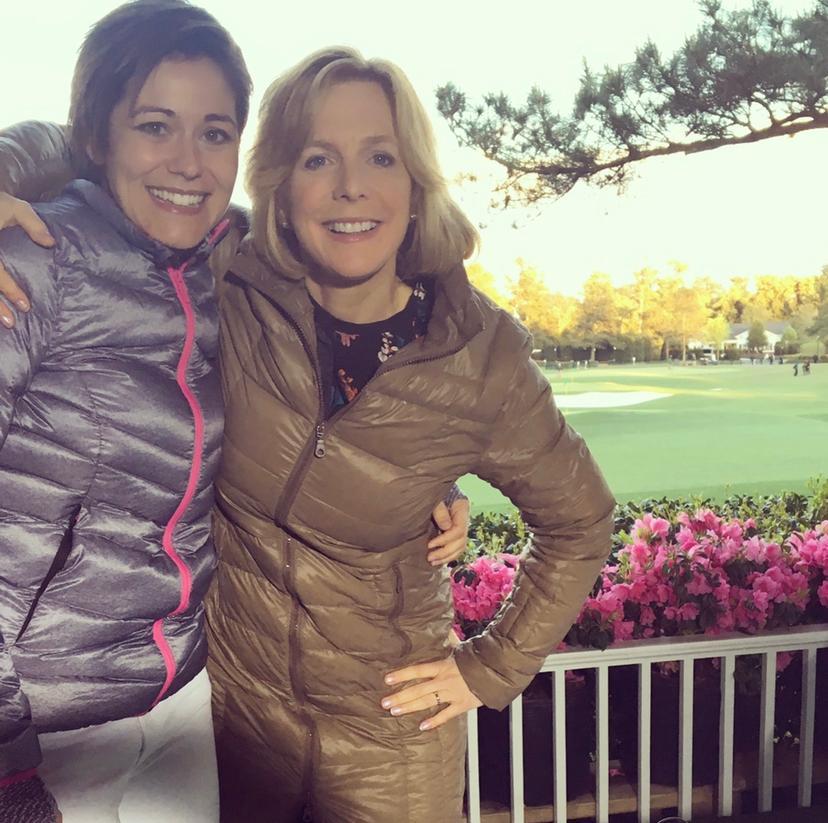 They say ‘never meet your heroes,’ but Eilidh hasn’t been let-down after working with personalities she grew up watching.

“I have been quite lucky. Thierry Henry is still up there with the favourite players of the Premier League era and he was delightful.

“Ally McCoist is someone I grew up watching, scoring in the ‘96 Euros. He is great fun, exactly the same on TV as he is off it. I love working with McCoist.

“My sporting heroes when I was really young were St Johnstone players. I have met a lot of them and they have all been great.”

Are there still names on the interview to-do list - and sporting events she has her eye on?

“I have a few. Andy Murray. Strangely, I have never interviewed him. I would love to interview Andy, particularly if it was after him coming back to win again.

“As a golf fan growing up, Tiger Woods was the big hero in sport for my generation and not just in golf. So definitely Tiger.

“Zinedine Zidane would be on the list as well. He was my favourite footballer growing up.

“And I’d love to present a Summer Olympics, a Commonwealth Games, a Men’s World Cup and there are the Women's Euros coming up, so fingers crossed.”

....our next webinar is with Jamie Murray. You can find out the details and register on this invite here. Make sue to click the button below and sign up to our notifications about company news and events.