Recap: an evening with Paul Lawrie 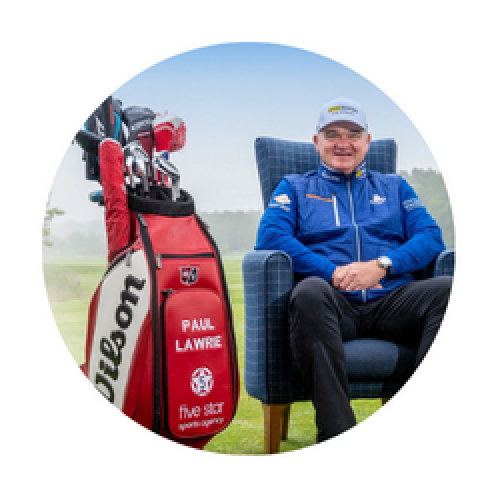 He is a veteran of Ryder Cups at Brookline and Medinah which have become the stuff of legend, and he enjoyed a vice-captaincy role at Hazeltine five years ago.

So who better than Paul Lawrie to preview the event from Whistling Straits, Wisconsin, for the latest Carbon Financial webinar?

Carbon managing director Gordon Wilson noted that there have been 164 European Ryder Cup players, compared to 5780 men and women who have conquered Everest; 570 to have ventured into Space; and 445 footballers who have won the World Cup.

Few predicted the scale of the record-breaking victory savoured by the American team on the shores of Lake Michigan, Lawrie included. But the Aberdonian, who famously wrote himself into the record books by capturing The Open at Carnoustie in 1999, offered an intriguing insight to the unique challenges facing elite golfers representing Europe and the USA in one of world sport’s most enthralling competitions. Lawrie recalled the first tee nerves which impact even the most battle-hardened professionals when Samuel Ryder’s trophy is on the line.

“The Ryder Cup really is an unbelievable golf event to take part in, by any measure” he said. “I was more nervous standing on the first tee hitting my opening shot than at any time when I won The Open. Way more."

“I mean, I couldn’t get the ball on the tee for a couple of seconds because my body was shaking! I’d have taken anything but a fresh air shot. I’m not joking. A sclaff along the ground, no problem. You hear others telling the same story. Your body and hands are shaking. It’s just an amazing experience.”

Lawrie’s two Ryder Cups, 13 years apart, offered two contrasting experiences, with the disappointment and ill-feeling generated by the US win at Brookline at odds with the elation of the “Miracle at Medinah,” regarded as one of the greatest comebacks in any team sport.

“Sam Torrance and Curtis Strange, the captains at The Belfry after Brookline, did a great job. They got it back to a golf tournament. Yes, we want to win. It’s ok to fist pump and get excited. We want the atmosphere but you don’t want the hostility of Brookline. Life’s too short for all that carry on.”

Lawrie teamed-up successfully with then world number 2 Colin Montgomerie as a rookie. But he saw grown men spilling tears in the European locker room after the Brookline defeat.

“It just means so much to everybody. There’s no prize money. Everyone was just so distraught at losing. You have to go to the closing ceremony, stand there and smile. That is a part of the whole thing. It is a massive deal. I’m very proud to have played in two Ryder Cups. It was a long time between Brookline and Medinah. I had played some decent golf in those 13 years but just not good enough to make the team. It is so hard to get in. The standard is so incredibly high.”

Lawrie recalled a timely lecture from his late coach and mentor Adam Hunter, questioning why he was in a commentary booth at Celtic Manor when he should still have been aspiring to make the Ryder Cup team.

That paved the way to a mindset reboot which led to Jose Maria Olazabal’s line-up for Medinah.

“I rededicated myself and worked harder than I had ever done, getting in the gym and getting myself stronger. I had never hit so many balls in my life. The confidence came back and I got back in the team, a fantastic achievement after so long.

“It was the only thing I focused on. I didn’t want to be a one-time Ryder Cup player. I set my stall out. I wanted to be in that group so badly.”

With memories of the legendary Seve Ballesteros fuelling the European team, they overturned a 10-6 deficit on the final day.

“I have never cried so much as an adult as I did that week. We had Seve on the sleeve of the shirts – he was my big idol growing up along with Sandy Lyle - and Jose Maria is just so emotional. To have him looking down on us was pretty cool.”

Lawrie, who also offered fascinating insights to his 1999 Carnoustie Open win, his aspirations for the Senior Tour and work with his Foundation nurturing young golfing talent, played a key role in the Medinah turnaround, thrashing Fed-Ex winner Brandt Snedeker 5&3.

“The night before, Jose Maria said ‘we are 10-6 behind and the first five players must win.’ I was number five. All night, that was all I could think about. But I was six under for 15 holes and played lovely.”

Lawrie recalled the celebrations at Medinah went long into the night, with the beds of some European players remaining undisturbed before the morning trip to the airport!

“I won one and lost one and there were massive parties both times. Most of the players didn’t go to bed at all! It’s a tough week, it’s a long week. It’s a pressure-filled week; you know how much it means to win the Ryder Cup. The atmosphere in the winning team room is just phenomenal.”

To catch up on the full Carbon webinar with Paul Lawrie click the link below to view the replay on Carbon's YouTube channel: