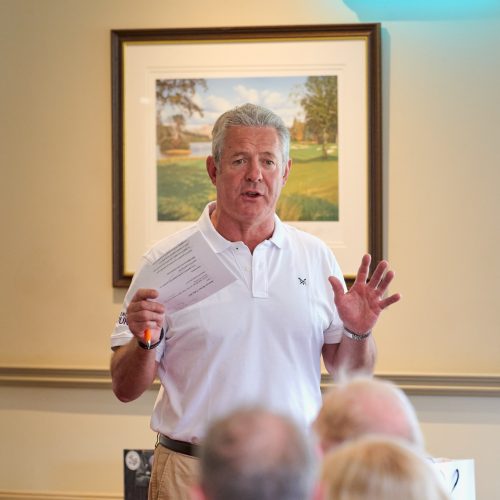 Former Scotland and British Lions stars Gavin Hastings, Andy Irvine and Andy Nicol were among a string of rugby legends teeing-up as the Bill McLaren Foundation Golf Day returned after a two-year break caused by the pandemic.

The team at Carbon Financial Partners are proud to have supported the event, which has been held at Blairgowrie Golf Club since 2013.

Over the years, it has attracted well-known faces from the rugby world, paying tribute to the legendary commentator.

The event held on the Rosemount Championship course attracted teams from all over Scotland.

The Foundation was set up 12 years ago, with Bill's blessing and the support of his family.

“The Foundation supports individuals and organisations to actively promote and develop rugby union and its values, as personified by Bill, and to help provide opportunities for youngsters in sports,” he said.

“We are delighted with the support we receive from the Scottish business community, with Carbon Financial Partners being long-term backers.”

The Bill McLaren Foundation has given over £1.2 million to good causes, mainly in Scotland but also further afield.

Grassroots clubs have been supported, along with other charities, organisations and individuals.

To support the Foundation's fundraising efforts, a Silent Auction featuring desirable sporting lots is open to the public at: https://uk.givergy.com/BlairgowrieGolfDay