From sport to business: high performance teamwork and a ‘growth mindset’ are the name of the game 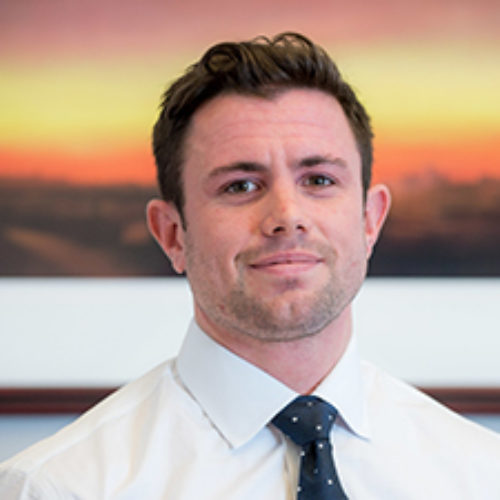 Scotland Sevens international star James Fleming has clocked up more than 100 tries for his country, and still counting. He’s an integral part of Scotland’s professional squad, competing in the HSBC 7s World Series, taking in cities like Dubai, Cape Town, Las Vegas, Sydney and Hong Kong. But now James has also joined the Carbon team as a graduate trainee based in our Edinburgh office – and his blog provides an intriguing insight into the mindset of a professional athlete looking to the future and comparing the world of sport and business.

“As a six-year-old in the family garden in Perth, I would take the ball as Gavin Hastings, chip the washing line, then slide into the flower bed grounding the ball as Tony Stanger.

“So it’s fair to say that for the last seven years I have been lucky enough to have my dream job. Representing my country on the world stage has been an absolute privilege and the world of professional sport has taught me a huge amount.

“There are still a few years left in these legs, but the reality is this dream job won’t last forever. So, once you’ve had your dream job, what’s next; what can possibly compare?

“It’s a scary thought and a question many players struggle to find an answer to. I have witnessed plenty of good friends being forced to retire through injury or ‘old age’ and facing this challenge head on. Many still haven’t found their next career.

“It was therefore pretty surreal when I found myself discussing this topic with former Scotland and British and Irish Lions captain Gavin Hastings, twenty-odd years after pretending to be him in the back garden!

“I saw retirement from sport looming as a significant milestone in my life and something I should plan for. Gavin encouraged me to recognise and develop the skills I had learned through sport and how these could be applied in a business context. At the time, I only held a Sport Studies degree from Stirling University, so my business knowledge was very limited.

“It is well documented that a professional sportsperson has many skills learned through sport which can be applied in business. However, the missing link seems to be the understanding of these skills and how they can be taken from the sporting context and applied within a business environment, something that is alien to many sportspeople.

“I enrolled in the MBA course at the Edinburgh Business School and this helped me understand these transferable skills and where they might fit into business. I have been particularly interested in comparisons between business and sport, and the areas where each can learn from the other.

“As rugby continues to grow in the professional era I have found myself asking the question, is enough being done to plan for the inevitable? I am definitely not alone in having seen friends and team mates have their careers cut short and really struggle with the transition.

“Having secured the MBA my next step was tentatively exploring the business world for real. Instead of walking through the West End of Edinburgh for a coffee on a day off, I needed to poke my head in some doors and see what everyone wearing the suits was up to.

“I arranged to meet Gordon Wilson, Managing Director at Carbon, for a chat about life after rugby. He talked me through Carbon’s approach to financial advice and mapped out the values of the business.

“I was impressed by their approach, so I was delighted to be offered an opportunity to join the team as a graduate trainee, alongside continuing my rugby career with the Scotland Sevens squad.

“I am delighted to have started working in the Edinburgh office once or twice a week, fitting it in around my training and playing commitments. I am also working towards my regulated diploma in financial planning.

“In contrast to the more familiar environment of the gym and training pitch, initially working in an office was a pretty daunting prospect. But I was excited about the challenge – and my first one came sooner than expected as I struggled to remember my computer passwords on day two!

“Being involved in a high performance team environment with the Sevens squad, my perception was that the office might be a bit quiet, even a lonely place. But I could relax. This certainly wasn’t the case. I was warmly welcomed into the Carbon team and there is a real similarity to the sports team dynamic which is great to be a part of.

“In the Sevens squad we pride ourselves on a culture which promotes a ‘growth mindset’, developing ourselves to be the best we can be, and providing an environment with opportunities for everyone to improve. This is another area where clear comparisons can be made with Carbon.

“As a graduate trainee, there is a strong support network. If I have any queries (and I’ve had a few) I feel comfortable asking anyone, whether that’s another trainee, an advisor or a director. There is a genuine enthusiasm to help each other improve.

“I am grateful to have been given this opportunity and I am really looking forward to being part of the Carbon team moving forward. I am enjoying the challenge of the office environment and learning lots of new processes – including how to sit still for longer periods of time!

“Being in an office has opened my eyes to what life might look like after rugby and allowed me to take the small baby steps in preparing for the day when I have to retire from sport.

“In learning about Carbon’s investment principles and philosophy I have begun to pick up on areas where I believe professional sport can learn from the business world, in terms of assessing the bigger picture, identifying significant financial requirements within the client’s lifetime and planning appropriately to provide an effective solution.”

This blog post was written by James Fleming, a graduate trainee at Carbon. You can view James’s profile by clicking on his name, or contact him via email on james.fleming@carbonfinancial.co.uk