The good, the bad and the – potentially – very ugly! 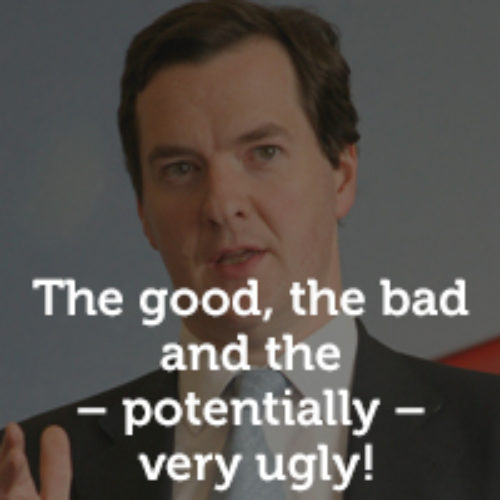 The Autumn statement seems a much more quiet affair than usual. However, there are some hints of bigger things ahead, which need careful proactive planning.

Legislation will be tightened up to ensure that inheritance tax will not be charged when an individual puts their pension into drawdown but doesn’t draw all of the funds before death. This means it’s time to check that your pension offers all of the new freedoms you need or your loved ones could be disadvantaged.

ISA subscription limits will be maintained at their current level for 2016/2017 and, for the more adventurous, access to debt securities, offered via crowd funding platforms, is available through the new Innovative Finance ISA. Make sure that you use your 2015/2016 allowances if possible.

Results of the consultation on tax relief for pension contributions will now be published in the 2016 Budget. High earners have a chance to maximise contributions which qualify for higher rate tax-relief now. This benefit looks as if it won’t be around for much longer.

The Government is still holding fast to the Lifetime Allowance (reducing to £1m in April 2016). Given the restrictions placed on contributions over the last few years, and the new tapering of annual allowance (for those earning £150,000 and above) from April 2016, the need to maintain such additional complexity seems excessive.

Increases to minimum contributions, for auto-enrolment, will now be aligned to tax years. Minimums will rise to 5% from April 2018 then to 8% from April 2019. Good news for the Government, as it will save around £840m in tax relief, over two tax years, but this results in individuals losing out on employer contributions.

…and the potentially very ugly.

There are still no specifics regarding a secondary annuity market, although the Government announced earlier this year that implementation of any plan would be delayed until 2017. It would seem a great opportunity for annuitants, on low incomes, to convert their annuities to cash, but there are some grave misgivings about ‘best advice’ and the costs involved in doing so.

The FCA confirmed it will be reporting on the effect of pension freedoms in the second quarter of 2016. Recent statistics show that the public, in the main, is still not shopping around. One has to wonder what the Government will put in place to solve this problem if the industry cannot come up with a solution.