Your Only Enemy Is Yourself 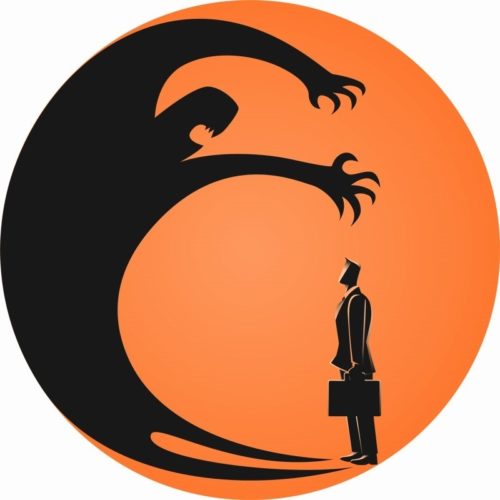 Investment experts often portray themselves as heroic figures, pitching their expertise against everyone else’s views. Whoever ‘beats’ the market gets the bragging rights. However, this picture is based on multiple myths.

The number one myth is that your job as an investor is to somehow outguess the market and that by having rare insights and expertise not shared by anyone else, alongside nerves of steel and an almost supernatural timing ability, you will ‘win’.

Supposedly, ‘star’ fund managers trade off this perception, promoting their expertise in picking tomorrow’s winners and selling the future losers ahead of the crowd. As many investors know from painful experience, such stars tend to burn brightly before crashing to earth.

Markets are highly competitive. Millions of participants, including armies of rocket scientists and savants, buy and sell securities every moment of every day in pursuit of an advantage. Algorithmic trading systems seek a timing advantage measured in micro-seconds.

What is more, all the publicly available information – from earnings news to economic data, to the published opinion of every stock analyst and economist – is already incorporated into prices. Outguessing the market requires you to have profitable information that no one else has as well as the ability to predict how the market will react to it. And remember, getting it right once is not enough, you need to do it over and over.

Of course, there will always be individual managers who do better than the relevant index or ‘benchmark’ from year to year. But there is also plenty of evidence from academic studies that winners don’t repeat and that, in any case, it is hard to separate their advertised skill from luck.

As an example, Standard & Poor’s produces a regular scorecard comparing the performance of traditional active managers against index returns. This consistently shows that most struggle to outperform indices over most time periods.

For instance, in the five years to the end of 2019, more than 77% of European equity funds lagged the S&P Europe 350 index. Over three years it was closer to 80%. Even over one year, more than 70% of managers underperformed.

UK funds did better over one year at least. In 2019, 73% of active equity funds in this category beat the S&P United Kingdom BMI. But over a more meaningful term of 10 years, the proportion of UK managers beating the market, as defined by the index, was less than a third.

Here we come to a second myth – the charitable fund manager. Let’s just say you’ve decided you’re not going to put your money with index-lagging managers, but only with the stars. And let’s assume for a moment that you are able to pick the future stars ahead of time.

Now ask yourself: if these managers are so good, why would they share the additional value they capture with you? A stock-picker with the rare ability to identify winners, year in, year out, would be charging a significant fee for his or her service.

Funnily enough, you’ll find that these additional fees typically absorb most, if not all of the additional return, or ‘alpha’ as they like to call it, that the managers achieve due to their advertised skill.

The final myth is that your job as an investor is to hurdle an artificial benchmark. In truth, you’ll find some years that you’ll do better, while others, you’ll fall short, usually without any change in effort on your part. In any case, it depends on how your assets are allocated within cash, bonds, property and shares.

A better question is how your portfolio is performing on a risk-adjusted basis. How much return are you generating for the risk you are taking? For instance, if your portfolio is 40% in the safest government bonds in a year that the return from shares outpaces bonds, you are not going to do as well as someone who was 100% in shares that year. Likewise, in a bad year for shares, your portfolio is going to do significantly better than the more adventurous investor.

Your real benchmark is how you are performing relative to the goals set in consultation with your adviser. And that is going to be determined by your risk profile, your goals, your asset allocation, how diversified your funds are, fees, and ensuring you pay attention to the things you can control.

This approach may not sound as exciting as the image of the ‘heroic’ figure, bravely second-guessing the market, but it will almost certainly yield superior results in the long term.

Darren Lees is a Director at Carbon and can be contacted at darren.lees@carbonfinancial.co.uk